I have been working with deformation data exported from GPlates and I was just wondering if someone could point me to some “simple” definitions of the different fields which are exported - namely:

Is there any documentation which lists exactly what these parameters mean and how they are derived?

Starting with the easiest, CrustalThinningFactor, this is probably best described in the screenshot below… 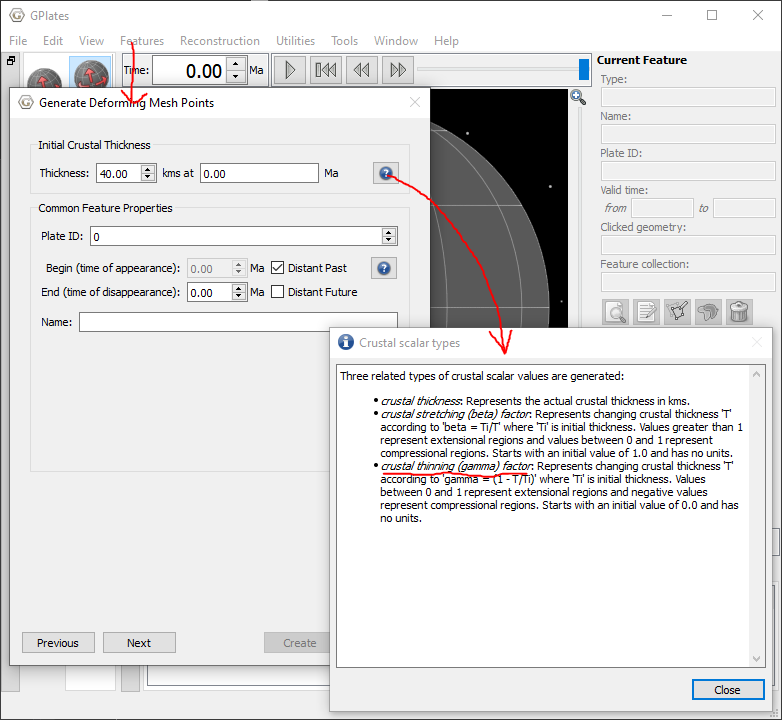 And for the strain/strain-rate quantities: 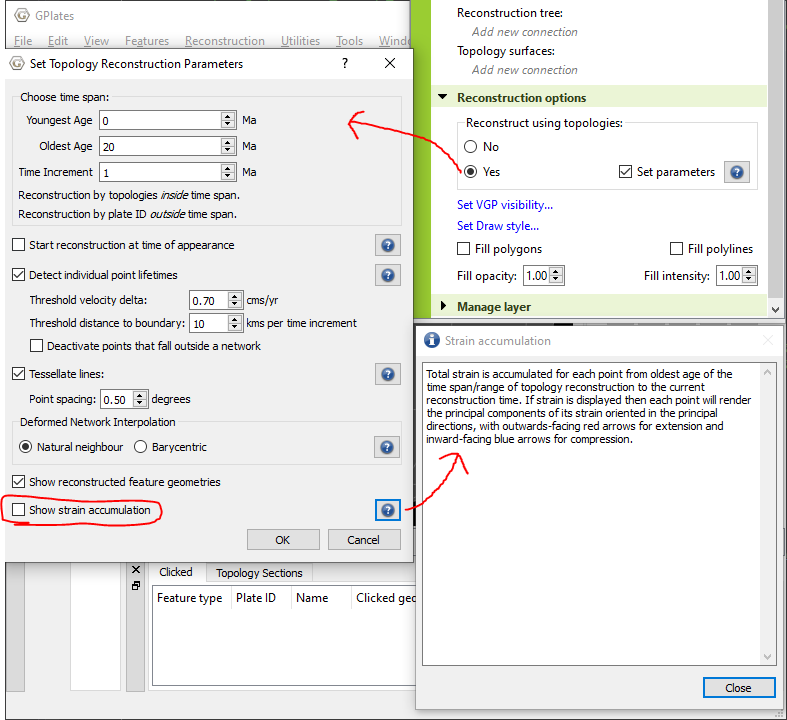 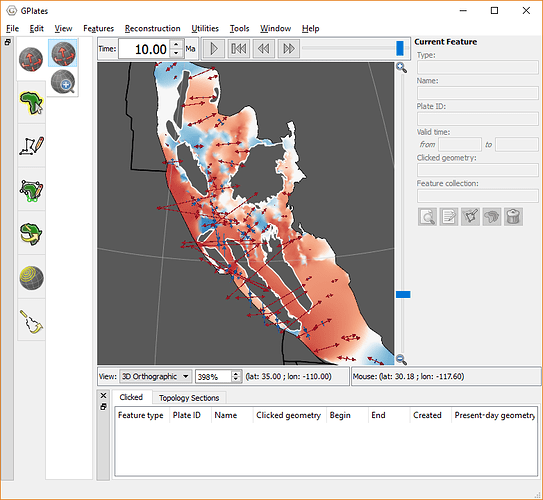 and how they are derived?

The GPlates source code documents how each of these quantities are derived. Just look for the big comments that detail all the mathematics…

These derivations are mostly based on two books: Introduction To The Mechanics Of A Continuous Medium by Malvern, and Continuum mechanics for engineers by Mase. Each of those books contains a chapter on strain and deformation, but also an earlier chapter on the essential mathematics, such as tensors, which is helpful since a lot of the derivations in the above-mentioned source files are based on tensors. However this is only useful if you really want to understand the derivations, because it does require an investment in time. If you just want a simple intuitive understanding of the quantities you mentioned it is unnecessary and, in my opinion, not recommended since it gets a bit involved

Thank you, John! I always forget how useful those help buttons are in GPlates.

You will be high up on my thesis acknowledgements list at this rate.