I would like to know if there is a convention for the sign of the angular velocity value calculated from the the kinematic tool? Sometime the value is negative but I cannot make any correlation with my model.

The short answer is it’s a bit arbitrary at the moment. So I’ve just now changed it to always return a positive angle.

Also note that the kinematic graph had always displayed the angular velocity as an absolute value (ie, positive) anyway, so now we’re just making the values in the table reflect that (ie, always positive, unlike in the screenshot below)… 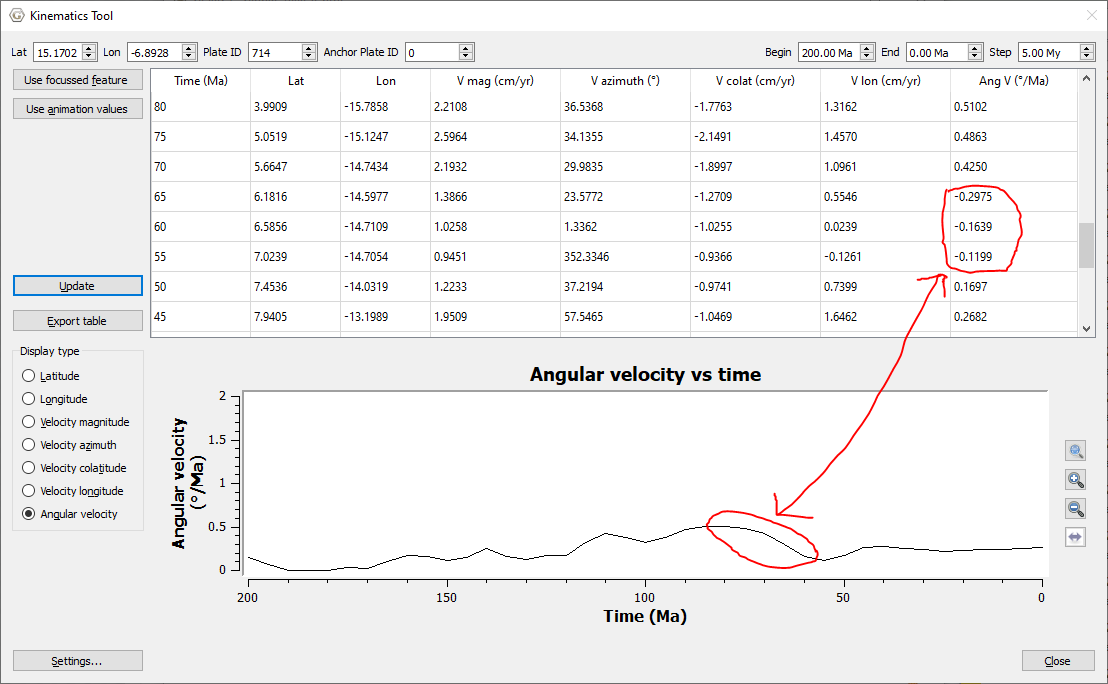 Thanks for the reply, John.
Regards,